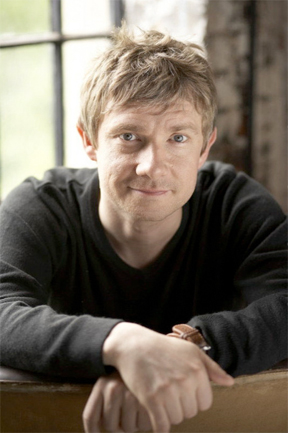 Every actor wants to be what he or she is not, play what he or she has never played.   But we all know actors who keep playing variations of themselves … these are actors with strong personas, usually immensely appealing ones. We return to them over and over, coming home in a sense, to a person we feel we know. 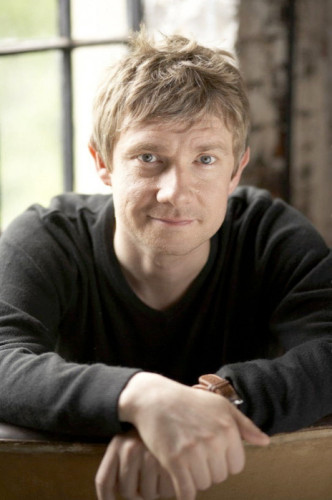 We like them best in familiar clothes. The late James Garner comes to mind…his charming, slightly flaky, Maverick/Rockford personality attracted fans throughout his fifty-year career.

An Everyman, but deep waters nonetheless.

In each case, Martin’s character pulls us into the story, and we find our courage as he finds his—laughing all the way.

There are few actors who can match Freeman’s agile, reactive face, immense personal likability, and genius comic timing. The challenge of his kind of performance is underrated next to the bravura of an over-the-top character to whom the “everyman” is sometimes a foil. (Not to disparage the colorful “crazies” played by the likes of Nicholson, Cumberbatch or Spacey in any way). But behind the scenes, pros know that the “everyman” is hard to pull off. And Martin has nailed it.

But for this actor to take on Richard III sounded like sheer lunacy. Richard is no everyman. He ain’t funny (sorry Mark Rylance) — and he’s the buffeter, not the buffeted. He has to scare the hell out of everyone. Martin is 5’7”. And very cute. (Okay fellow Sherlockians, Richard is called  “hedgehog” by Lady Anne). But no way could Richard be the Martin Freeman we know.  So…how was that going to work?

Martin Freeman kills in this role. Literally, and figuratively. As Richard, he does put a lot of people to death, a couple quite directly.If Freeman took this role to prove a point, it’s a point well taken.

Here the actor uses very few of his trademark expressions and quirks. Instead,we see the consummate, theatre-trained artist that he is, (Central School of Speech and Drama). His usually slightly nasal voice deepens here into a frightening timbre, his athleticism at the fore as he leaps across the set and over tables like a rabid fox – strangling his wife, menacing his underlings, casually ordering friends to death. He plays the poor gimp garnering sympathy one moment, and swaggers in a red uniform and more tinsel than a 1980’s Christmas tree the next. 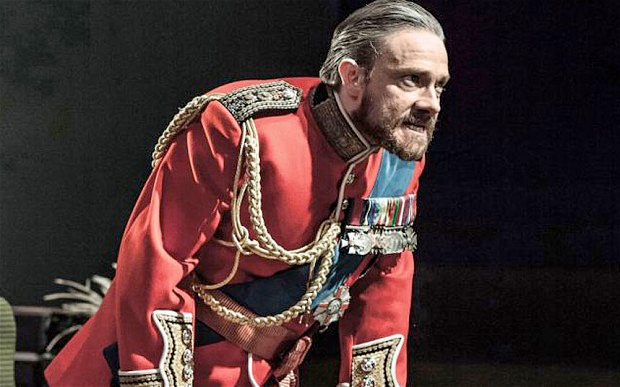 That’s not to say Martin’s Richard is devoid of humor. Shakespeare, even in his tragedies, layers in the laughs, but in this play far less than usual. Freeman’s characterization allows for humor, but unlike Mark Rylance’s extreme comic take on Richard at The Globe last summer, does not do so at the expense of the story. His humor is in the non verbal asides, the little looks in which we catch his delight in getting away with one more outrageous lie.

There are many schools of thought on the delivery of Shakespeare’s verse, and most British trained actors differentiate it clearly from prose with subtle emphasis on the rhythms, a technique which goes unnoticed the hands of the greats.   Freeman delivers on this count as well, landing the poetry with subtlety on some of the most intricate moments. His “What do I fear? Myself?” speech near the end of the play shines new light on Richard’s conscience. I could watch it again and again for its kaleidoscopic turns of emotion, frantic thoughts and crystalline delivery.

Freeman’s is a studied,  learned, and yet a visceral performance. His final lines… well, let’s just say you probably haven’t heard them like this before.

In front of me, a young theatre lover from Canada (we compared notes at intermission) leapt to his feet for a standing ovation. A snarky Londoner next to him said, “sit down, we don’t do that here.”

Ah, but yes, you do. Not often, but you do. I’ve seen more than fifty productions here in the last two and a half years. For Martin, many have, and many will.   Congratulations, Mr. Freeman. And kid from Canada, good for you.