The original writer of TRON muses on the new Alan Turing biopic THE IMITATION GAME…and the beautiful minds of its subject and star.

THE IMITATION GAME was screened for Screen Actors’ Guild yesterday followed by a  QandA with star Benedict Cumberbatch and the director Morton Tyldum. Thanks to my friend Patty Smiley, I was privileged to attend and sat second row center. My view: 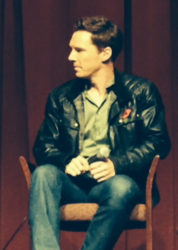 Well, yes, the director was there, too.

SAG is a tough crowd, but both the film and star received a standing ovation. If Benedict Cumberbatch does not win the Academy Award for this work I would be very surprised.

It’s a tour de force performance in which he eloquently conveys the tragic story of Alan Turing, the computer genius who decoded the German Enigma machine and won the war for the allies, and was later persecuted and prosecuted as a gay man, leading to his early death at 41, an apparent suicide.

Benedict found the immense complexity, humanity, and tragedy of this man — the physical awkwardness of the Aspergian genius, the far distant look of the mathematician with cosmic vision, and the gentle humor for which Turing was known.  The film is a masterwork

Raw and teary as the film ended, I was then thrilled to get a glimpse into the creative process of one of our best living actors.

Benedict has rarely spoken in detail about his process but he was speaking to an audience of actors, and the subject was craft.  As a very minor actor myself, but trained both in England and the US, I had some half-baked theories about what he might be doing. But Benedict’s actual methods went far beyond anything I had imagined. And I’m sure we heard only the tip of the iceberg.

Rather than the vaunted English “outside in” approach (the physical details first) or the more typically American “inside out” (finding oneself in the character first) Benedict’s process appears to be far more comprehensive and encyclopedic.  It’s almost a body/mind/spirit approach in which he first responds on a macro level to the story and spirit of the character, then drills down to fine details of physicality and interior thoughts and emotions.

First, the gestalt. He read the script while working on Star Trek and the project became a passion.  The scope of Turing’s achievement, his stunning heroism, contrasted with the horror of his subsequent humiliation and mistreatment simply for being a gay man, made a story that Benedict felt must be told. The injustice persists today, not only for gay men but for women and others. Turing’s face, he said, belongs on “our currency”.  And Turing’s recent “pardon” was not only too little too late, but  a travesty. This film could help change that.

..how Turing moved, how he leaned away, how he held his head on a slant, then suddenly leaned in to focus on the person he was talking to.  And the speech -Turing did not exactly stutter, but did have a strange hesitation to his voice.  This hesitation is not unlike Benedict’s own, and my husband’s (computer scientist Alan Kay) and it occurs when one’s brain is moving at a rate faster than the words can come.

Turing was a marathon runner, and grunted with every step. 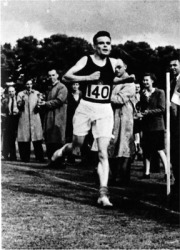 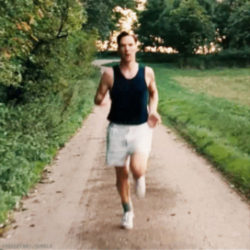 He had a gentle sense of humor and a sly, sideways grin. And prominent lateral incisors, which were not mentioned but I noticed that some had been created for Benedict in this film. 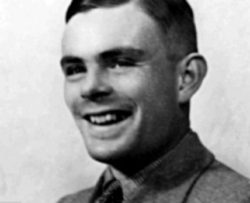 (Similarly Benedict padded his cheeks for Teitjens in Parade’s End)

And once again he worked with dialect coach Sarah Shepherd as he had on The Fifth Estate.

But the outside is only part of the story.  Benedict delved into Alan Turing’s emotions… his deep love for his only childhood friend, Christopher Morcom, (pictured on the left, with the young Alan Turing on the right) who saved him from bullies, got him interested in cryptography, and then died suddenly of bovine tuberculosis leaving the lonely boy forever isolated.  Turing’s grief was lifelong, and he named his computer after Christopher. 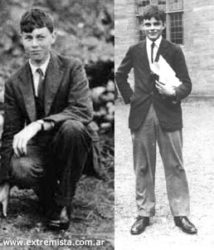 Like Turing, the fictional character Christopher Tietjens in Parade’s End was another tragically misunderstood, brilliant, heroic man wronged by those who should most appreciate him. The parallels are strong. 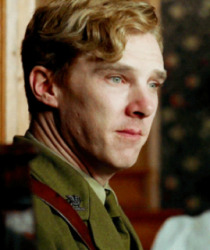 The fictional Sherlock Holmes, too,walks the isolated path of the genius, warmed only by the one friend.

On an intellectual level, we all know that Benedict is attracted to and brilliant at playing genius. (Hawking, Holmes, Van Gogh, Tietjens and now Turing). A less than friendly reviewer said he nicely gives the illusion of thinking.  But hear the man talk and you realize it’s no illusion.

Benedict reads prodigiously. His intellectual preparation for this film involved reading the Hodges biography of Turing (it is no slim volume, by the way), and trying to understand even a little of the math. He referenced the play Breaking the Code and also made a lengthy visit to Bletchley Park.  This is an actor who does his homework. 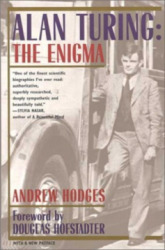 Not satisfied with his shortcomings in getting the math(s), Benedict endeavored to increase the intellectual connection by two physical methods.  First, by spending much time with Turing’s machine, attempting to find a tactile connection.   “I thought I would weld something…” He ended up burning his hand.   And a second…copying some of the notes and diagrams in his own hand (he mentioned that those pinned to the wall in the film were copied by him from Turing’s works).

This is particularly interesting, as famous art teacher Betty Edwards and others have discovered that consciously changing one’s handwriting can change one’s mood and even thinking.  Can parroting another’s handwriting put you into their mindset?   Here’s a bit of Turing’s formulas…

I will admit to trying this also, by copying Conan Doyle’s precise rounded script for a day, as I attempted to recreate the famous voice in my upcoming Sherlock Holmes novel, ART IN THE BLOOD.  There is something to be said for this kind of mind connection.  And here’s a bit of Conan Doyle’s handwriting.

Benedict’s training as a visual artist (he enjoys doing pen and ink sketching for fun, as he told Andrew Marr recently) may well have influenced this interesting approach to getting “inside Turing:” by literally copying his drawings and handwriting.  Perhaps I’m reading too much into this, but it would fit in with a very detailed approach encompassing both right and left brain led techniques.

By simultaneously climbing into the body, mind and spirit of his character, Benedict has created a fully rounded human being who pulls us into the story with the force of a wind tunnel.

THE DIRECTOR’S DEEP ADMIRATION FOR HIS STAR

Tyldum spoke effusively on Benedict’s process and emotional availability as an actor. His star would beg for the opportunity to give one more alternate take on key moments. And the research Benedict had done was beyond anything he’d seen before.

Pressed by a ridiculous schedule, the film team worked in tight formation. But Tyldum, unlike many directors, “believes in rehearsal” and by squeezing this in, he best utilized his theatre-trained cast. That choice further ensured the quality of this film.

Benedict and Tyldum both commented on the brilliance of the supporting cast, which I will not cover here, except to say that Turing as a boy was portrayed by the brilliant Alex Lawther, whom I had the pleasure of seeing in David Hare’s SOUTH DOWNS in London in 2012. Keep an eye peeled.  This young man is a star in the making. 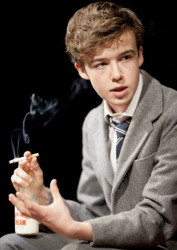 Turing’s actual death is a mystery. 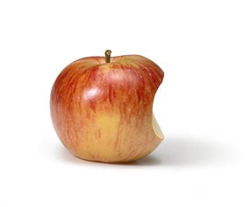 It was ruled a suicide yet there are those who knew him who doubt this.  The movie states categorically that he killed himself.  And there is a moment at the end when Benedict’s Turing breaks down and sobs. I have to admit that I was jarred — until I remembered that fluctuating estrogen levels wreak havoc with emotions and one’s ability to think. When convicted by the same law that incarcerated Oscar Wilde, Turing  opted for estrogen injections and later an implant (chemical castration) over a jail term.

Yes, estrogen.  I went through fertility treatments and remember thinking at a key moment that death would be preferable.   It is said that Turing tried to dig the implant delivering the drug out of his leg with a knife. 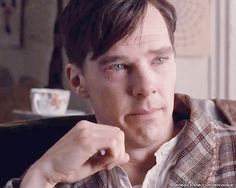 But here’s a puzzle about a scene near the end. Benedict himself brought up that moment, offering what sounded like a kind of explanation.  On the set on that day, he was so overwhelmed by the tragedy that overcame this man that he began to weep uncontrollably. And that was used. Upon reflection, he said something to the effect that these tears were his, and not the character’s. I am not certain from his words whether he meant that were he to do it again, he’d make another choice.  But it was a fascinating insight.(I hope I got this right.)

The film moved me to tears. As Tyldum said, it is “a love story” and Alan Turing never again felt the love he had for Christopher Morcom.  He wrote letters to Morcom’s mother throughout his life.  And the man who saved millions of lives ended up horribly wronged, punished for being homosexual and condemned, as it turned out, to self destruction. 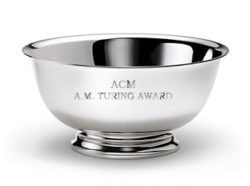 I’ve been privileged to have had close contact with several Turing winners.  It began when I studied computer programming with Donald Knuth at Stanford, and later when I did my early research to write the movie Tron (I was the first writer on this and met my husband Alan Kay –  who was then at Xerox Parc –  and subsequently hired him to be the technical consultant.)

My first scripts for the movie that later became TRON touched on many of the ideas here… how computers are literal, and humor is hard, how machines are beautiful, and yet soulful only when their designers are, how human beings can be furthered, extended, and amplified by beautiful mathematical creations. Little of this (and none of the humor) appeared in the final film.

I do not know a mathematician or computer genius who does not share some of Alan Turing’s odd combination of childlike curiousity, obsessive fascination with the “work” and strange sense of not exactly belonging, coupled with a certain physical and social awkwardness as well. But always with humor. Benedict captured these qualities with uncanny precision and warmth. 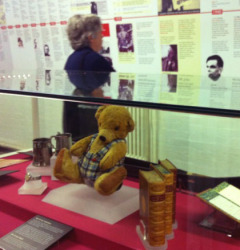 In August of this  year, my husband Alan Kay and I visited Bletchley Park and spent four hours there.  In this picture, the man known as the “father of the personal computer” studies the timeline of the work at Bletchley  while in the foreground his emotional writer/actor/artist wife was busy photographing Alan Turing’s teddy bear. For which Turing sewed the clothes. And to whom he practiced his lectures aloud.

Oh, the secrets of that little bear!

The screening and chance to hear Benedict talk of his process, and the visit to Bletchley Park will stay with me a long time.

Benedict, Alan Turing, Alan Kay. Beautiful minds indeed. I am privileged and enlightened to be connected in some small way to all.  Science is art…and art is a kind of science. And I am so lucky to be its witness.

THE PROFESSIONAL ENTHUSIAST ALWAYS WANTS MORE…IF YOU DO, IT’S HERE….

Excellent interview with Benedict on the subject http://www.bbc.com/news/entertainment-arts-29975757