In my first blog, I talked about what a “professional enthusiast” was.  It’s someone who allows themselves to be consumed with the problem at hand, relishing the puzzle and the challenge with focus and abandon.  People might laugh at you. But you don’t care!  You are Sherlock on the case!

Now here’s a silly thing – draft a 50,000 word novel in thirty days?  Impossible, but the guys who invented NaNoWriMo (National Novel Writing Month) say it can be done.  And I assure you now that it can.  First step…fall in love.

In December of 2011 I had just recovered from a rather significant illness.   Time to celebrate, to seize the day!  But seize it and do…what?   Cue the Mormon Tabernacle choir.  To write a novel, of course!  A  long held dream.  So for Christmas, I gave myself a gift…the gift  of time. 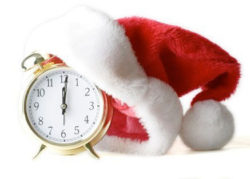 I would put writing FIRST in my day, every day, for a month. I’d write 1667 words a day and finish a first draft novel of 50,000 words in a month.   No matter what.  Guilt free because I thought of it as a gift.

But what to write?  I’m convinced many of our passions are born in childhood.  I do an age regression exercise with my students partly for that reason.     Leading up to Christmas,  found I myself once again in love with my childhood hero, Sherlock Holmes. 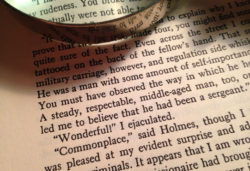 I first fell in love with Sherlock in the fourth grade, when I took The Adventures of Sherlock Holmes out of our school library.  I devoured it cover to cover.  Shortly after, my mother was summoned to the principal’s office of Buri Buri Elementary school.  He pointed to a short story I had written and asked my mother,  “Where did your daughter learn this WORD?”  My mother took one look at what I’d written and laughed.  The next day I marched into class with my copy of  Conan Doyle and proved to the teacher that “ejaculate”didn’t mean what she thought it did. 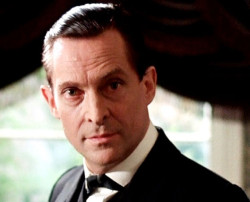 I fell again for Sherlock in the early nineties when Jeremy Brett embodied the perfect Holmes of my imagination.  I have watched those shows countless times and never tire of them.  During that love affair, I actually decorated my home writing office to look like the Granada 221B Set.  Kind of an architectural Cosplay.  I started a Sherlockian story, a play, a book…but didn’t finish. I reread The Canon.   Lots of other writing, yes, but I couldn’t finish a Sherlock.  He was too important to me.

Flash forward.  Ignoring  plaintive moans from my family, I  dragged the entire crew to  Sherlock Holmes starring  Robert Downey Jr. only to delight in my hero all over again. (And so did they, told ya so!!!!) 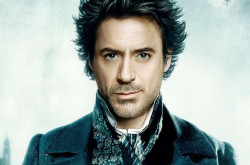 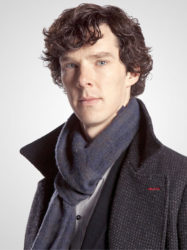 Then along came Benedict Cumberbatch…and… Houston, we have lift off.   Something about that man.  His young Sherlock — that sulky, sarcastic, witty genius and his incredibly brave and tell-it-like-it-is best friend were calling me.

So it was to be Holmes, this crazy NaNoWriMo project. The minute I decided that,  I knew that I’d never pull  this off in thirty days.  Mysteries need pre-plotting! All that period research!  And maybe there was too much Sherlock out there.  It was doomed from the start, and because of that, I decided to do it.  Like taking ballet at age 45.  Just to see what WOULD happen.

ART IN THE BLOOD began on Christmas Day, 2011.  That chilly morning, I got up before anyone else in the house, made a cup of coffee, pulled out my laptop and lit a fire.  My dog Watson curled up next to me.  I strode boldly into snowbound London of 1888.  Sherlock was there waiting — age 35,  handsome, rude, brilliant, hilarious…and on the side of the angels.

My 1667 words were written before anyone had got up…..the best Christmas morning surprise, ever.

My next blog…the nitty gritty of 1635 words a day.  Some tricks.  Some pitfalls.  Stuff that worked, and stuff that didn’t.

No Plot No Problem – the book